Harriet Martineau, an accomplished Victorian writer and avid walker, published her Complete Guide to the English Lakes as a competitor to the late William Wordsworth’s guidebook in 1855. Although she strove to distinguish this new work from Wordsworth’s, Martineau used a “Letter from William Wordsworth” to describe the ascent of Scawfell Pike, explaining that no else had written a better description of the mountain peak. As it turns out, this letter was written not by William Wordsworth, but rather by Dorothy, who made the ascent in 1818. William had published an edited version without attributing it to his sister. Thus, Martineau, one of the leading names in female mountaineering, unwittingly preserved and quoted from another significant outdoors(wo)man. 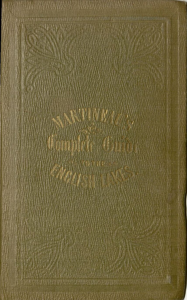 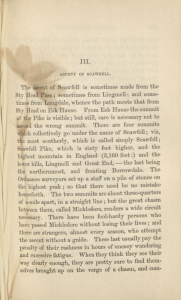 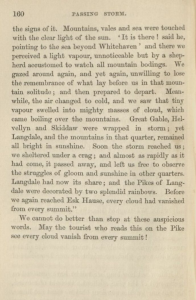